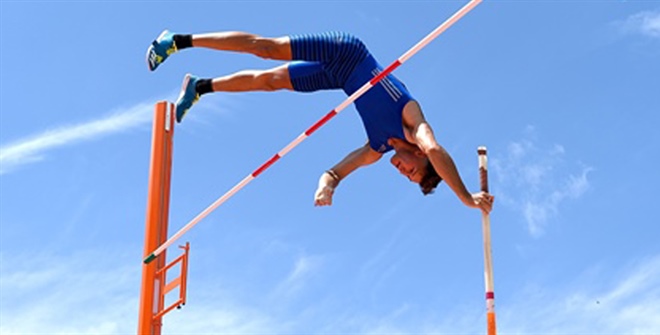 The event bears numerous storylines, as Marschall faces off once again with Shawn Barber (CAN), offering fans a repeat of the dramatic Gold Coast match up.

The depth of competition surrounding Frayne in Shanghai should not be understated, with the field of 10 containing five athletes with international medals, including the current World indoor, outdoor and Olympic champions.

Frayne is likely to be spurred on by the presence of World and Commonwealth champion Luvo Manyonga (RSA), following a back and forth tussle on the Gold Coast, stretching Manyonga to the 10th biggest jump of his career to put gold out of reach and break Frayne’s Games Record with an 8.41m leap.

King Island’s most famous athletic export, McSweyn is fast-becoming a household name amongst athletics fans, following a determined 5000m performance at the Commonwealth Games, the 13:19.96 athlete is thrilled to be making the trip to Shanghai.

“Someone was trying to tell me about the meet hotel earlier in the week, I had to cut them off and explain that I would’ve camped if it meant getting a start in this sort of field!”

Highlighting the youngster’s growing confidence and enthusiasm, McSweyn was well aware of the opportunity provided.

“Diamond League races don’t tend to have much of a second pack, you have to commit early on. I feel that I’m in good shape, so I’m optimistic heading into Saturday night.”.

In a field topped by Hagos Gebrihiwet (ETH) and Dejen Gebremeskel (ETH), the fifth and seventh fastest athletes over the distance since 2005, fellow countryman and reigning World Champion Muktar Edris is sure to feature in the trio’s outdoor opener for 2018. Dominant steeplechaser Conseslus Kipruto (KEN) will also make an appearance, signalling a new challenge for the World, Olympic and Commonwealth steeplechase champion.

Gregson will hope to be aided by a more willing field in his second Diamond League appearance for the season, following an unusually cagey race, which saw Bethwell Birgen (KEN) make a breakaway of sorts from the main group, running clear with the pacemaker until the final 300 metres.