Greetings folks, in a renewed effort to provide centralised/contextual/more than one lazy tweet-based coverage of our weird and wonderful sport, I’ve taken a topical approach to this wrap.

Jessica Hull has reminded us all of the dominant force she is likely to be over the coming years, obliterating her 5000m personal best by some 34 seconds in running 15:00.32, and rocketing to third on the Australian all-time list.

With this in mind, I’ve sacrificed 15:00.32 of my lunch break, and am currently on a tear through the last few days of results/links etc to update all those vaguely curious. Whilst Genevieve Gregson’s continued return to form was similarly impressive, a mere 6:09.48 (Gregson’s new 2000m steeplechase NR), may not have proven adequate time to type coherently.

Right, onward – we travel to Berlin in a mental and figurative MP4 video format sense: 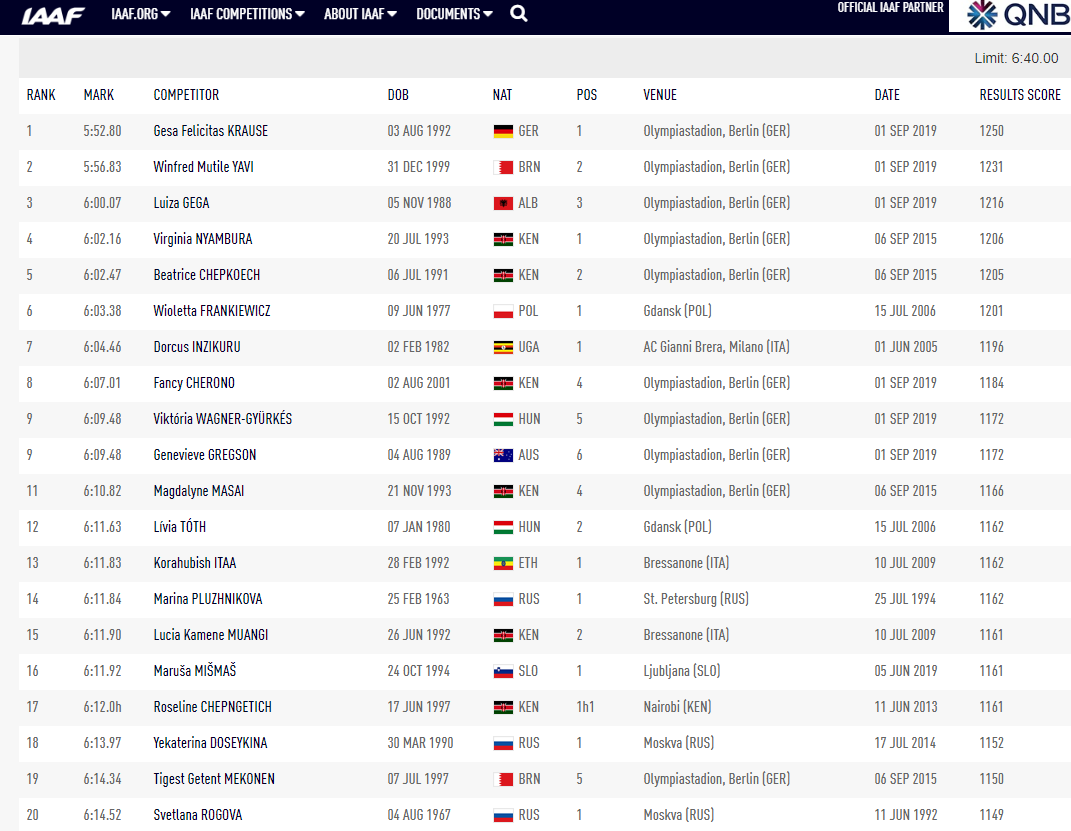 Jessica Hull (5000m, 15:00.32PB, 3rd All-Time, fastest Aussie in 13yrs, Doha/Tokyo Q)
WDTM: Not since 2006 in Zurich, when Eloise Wellings clocked 14:54.11, has an Australian woman run faster than Hull. Recording an Olympic qualifier is quite the asset for Hull, and provides flexibility as 2020 looms. A brief look over the timetable indicates the 1500/5000 double is likely to prove too difficult, as an athlete would be required to run the 1500 heat on the morning of their 5000m final (evening).

Hull in general will be a fascinating watch in terms of athletic growth and media coverage. Training in one of the highest profile global groups (Nike Oregon Project), coupled with a seemingly permanent overseas base – Australian media will need to develop active links with the potential generational star.
Thus far, Hull has appeared in a Tempo Journal feature and an Inside Running Podcast, indicating an easy, rather enthusiastic interview style.

Berlin was Hull’s fourth 5000m attempt, in what had previously been an annual event for the University of Oregon graduate. Australians are unlikely to see Hull race over 12.5 laps in Doha, as the double with the 1500m is logistically unfeasible.

Important: Hull is very recently 22, Benita Willis set the Australia record as a 23-year old (14:47.60), Wellings was similarly 23 at the time of her 14:54.11 run. Both Willis and Wellings enjoyed stunning careers, in short – this bodes well!

Ramsden was reportedly unwell for the Paris Diamond League, triggering his withdrawal. For context, in his 11 1500m heats/finals/invite runs the 22-year old has broken 3:40 on six occasions, including a 3:37.96+ clocking en route in the London DL mile (3:53.32), and a personal best of 3:35.85 in Lahti, Finland. Keeping in mind Ramsden’s age, 2019 is likely a season of experience gathering, with a debut senior 1500m championship appearance in Doha around the corner.

Kristiansand (NOR): https://events.racetracker.no/2019/stadionmila/
Harry Summers (10,000m, 27:53.8PB, 3rd)
WDTM: Fresh off a 5000m personal best in Dublin (13:34.00), Summers found himself in a national record/qualifying attempt for Sondre Moen (NOR), of 2:05:48 marathon fame. With apparent 27:30 pace set, Summers ran strongly to 6.4k, from which, his first 67 second lap appeared, slowing gradually, closing in 64.7, improving his position atop the 2019 Australian rankings.
Summers may find himself on the start line in Doha, with the possibility of selection via the ‘IAAF  Wildcard B’ concept, where he may be selected as Oceania champion, sans qualifying mark (27:40.00).

Zoetemeer (NED), Klaverblad International High Jump Meeting:
Eleanor Patterson (High Jump, 1.90mSB, =1st)
WDTM: Patterson appears to have found a new lease on jumping, under new coach Alex Stewart. Improving bit by bit in each of her international outings this season, 1.90m represents Patterson’s highest jump since late 2017. A reminder, Patterson is 23 – whilst in the Australian athletic consciousness since her early teens, a gradual return under Stewart’s tutelage has proven particularly encouraging.

Given many of you will have scanned results already, feel free to stroll through the above to revisit any of the events.

Typing time below, for everyone playing at home.